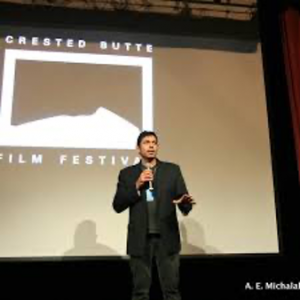 Documentary films are one of the most interesting cultural forms of our time.  Some documentaries have even changed the world.  These films are intended to document reality and have the power to educate and inspire.  They serve as powerful tools that bring important topics to the table in a way that sparks conversation and sometimes even social movements.

Jack Hanley is an academic, critic, podcaster, and filmmaker based in Boulder.  Jack is the host of several film series and has presented at the Denver Art Museum, the University of Colorado, the University of Florida, the Dairy Arts Center, and other public institutions.  He is the founder of the Central and East European Film Festival at CU Boulder, a frequent talk-back host for the Boedecker Theater’s Cinema Program, and the host and co-programmer of the Crested Butte International Film Festival.  He currently helms the award-winning film websites, Mile High Cinema and Kinophilia and co-hosts the Superlatives Film Podcast.

In his “How to Watch a Documentary” lecture, Jack will discuss the history of documentaries and their common elements, where to study documentary filmmaking, and how documentaries are funded.  He will examine examples of films that created public awareness and literally changed the world.  Finally, he will share a syllabus of recommended documentary films along with where to access them.